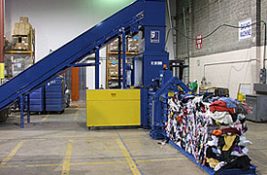 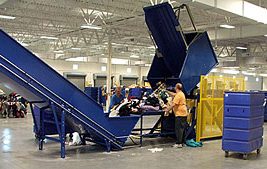 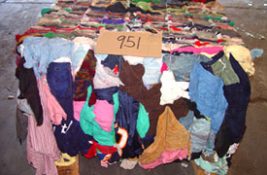 In recent years the markets for previously owned and surplus clothing has increased both domestically and internationally. Collection and donations of used or surplus clothing and bedding also increased as new collection efforts were made and new facilities built to collect and distribute donated items. With this larger market demand and improved collection infrastructure, the need for higher production, but less labor intensive, specialized baling systems has emerged.

For years, organizations such as Goodwill Industries and Salvation Army have baled surplus used clothing for distribution to various markets around the world to enhance revenue for job creation missions and other worthwhile activities. Traditionally, vertical down-stroke balers have been used to bale clothing and bedding but these types of balers are slow and laborious to load by hand. C&M Baling Systems, after observing efforts of others to use traditional horizontal balers designed for waste materials, and in conjunction with one of our largest distributors, has developed a fully automatic-tie baling system for producing high-volumes of used clothing bales with low labor input. The unique C&M horizontal used clothing baling system does not damage clothing as does traditional waste balers. Several C&M customers have reported a ROI of less that one year!

How is the C&M system different?

Horizontal automatic-tie balers are not new, but the C&M “SHEAR-less” horizontal auto-tie baler design is both new and unique. C&M has years of experience baling textiles, textile fibers, cloth for sewing operations, newly knitted socks, and other textile products and has used this experience to develop the C&M SHEAR-less concept for baling used clothing into dense bales secured by four or five steel wires. The finished bale sizes and weights were selected to allow efficient handling of the bales and to maximize shipping payloads to reduce transportation costs. The C&M baling system is different from all others because; (1) the baler does not require an operator, (2) clothing and textile goods are loaded by conveyor, (3) bales are automatically tied and extruded from the baler onto a loading table, (4) the upper bale wires are secure and lower bale wires do not break due to excessive lower bale density, and most importantly, (5) during the entire process, clothing and textile goods are not subjected to a “shearing point” where most damage occurs with other horizontal balers. 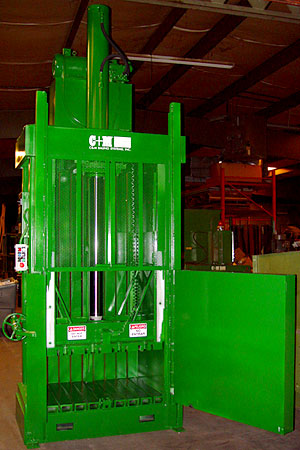 C&M standard vertical down-packing balers are used in low volume applications or for other materials donated such as stuffed animals, purses, shoes, books, etc…, but C&M has developed an automated a vertical down-packing baling system that is more efficient to load, and horizontal manual-tie baling presses specifically for used clothing. These baling systems were designed by C&M to produce low and medium-volumes of bales with lower labor input than traditional vertical balers and to almost completely eliminate damage to clothing during the baling process. Carts can be mechanically dumped into the C&M rear loaded SHEAR-less down-packing press or conveyors can load the C&M manual-tie medium volume horizontal baler. 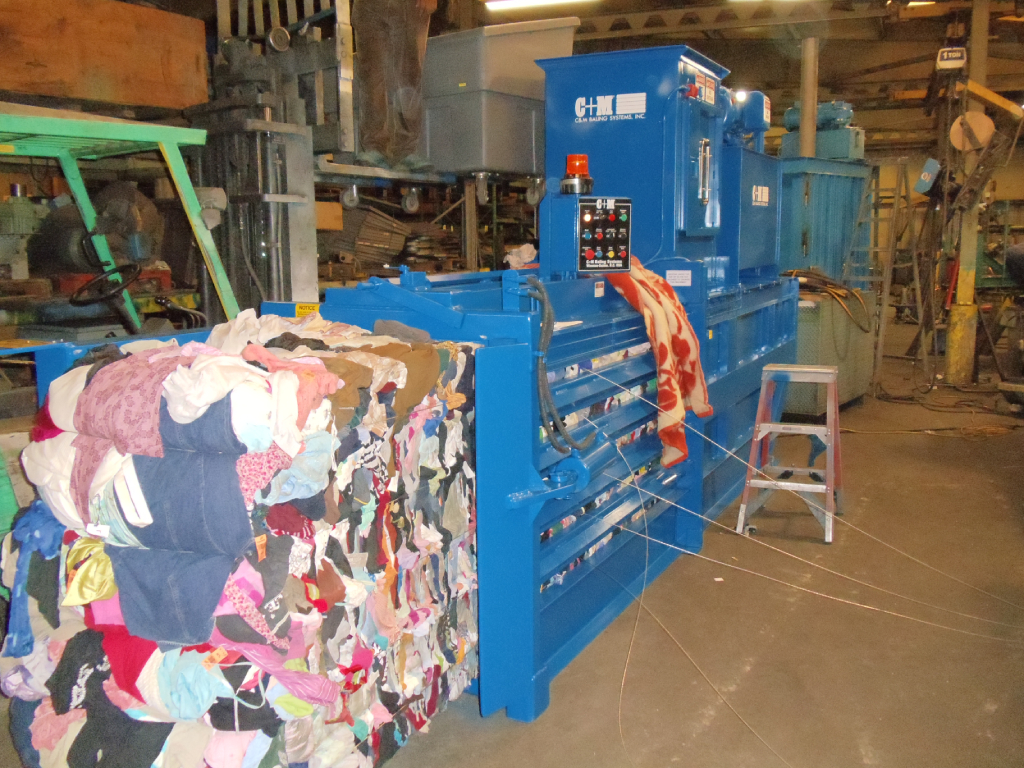